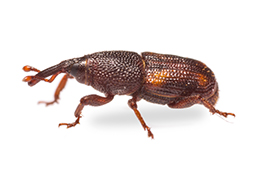 See All Weevil Photos and Videos
Have a Weevil Problem?
Call (800) 468-7859
Get an Estimate
Start Service

Weevils are a type of beetle but are distinguishable by their elongated snout. Some insects that are scientifically categorized as beetles bear the name of “weevils,” such as the bean weevil. Bean weevils are actually beetles, lacking the snouts of true weevils. Because bean weevils, also commonly called seed weevils, infest a variety of seeds and beans and actually belong to the family Chrysomelidae, which includes leaf beetles. Bean weevils are granivores and can live out their entire lives inside a single seed. There are over 1,350 species of bean weevils globally, including cowpea weevils.

Bean weevils thrive on all continents in the world with the exception of Antarctica. Probably originating in West Africa, according to historians, the majority of bean weevil populations spread throughout the world in legume shipments, while some were distributed by people moving dry stores of beans from place to place.

Considered model organisms because of their quick generation times and low maintenance, bean weevils are commonly used in research and education.

Several species, considered agricultural pests in the US, destroy bean crops and some species even infest warehouse bean stores, making their way into household cupboards where they can contaminate food items.

Adult female bean weevils do not feed on beans but deposit their eggs on whole beans or seeds. Beans provide nutrition for developing larvae that eat their way into beans. When bean larvae pupate, they emerge through exit holes as adults. 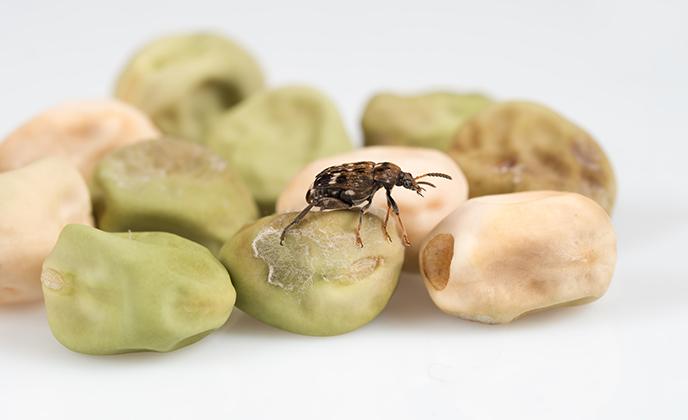 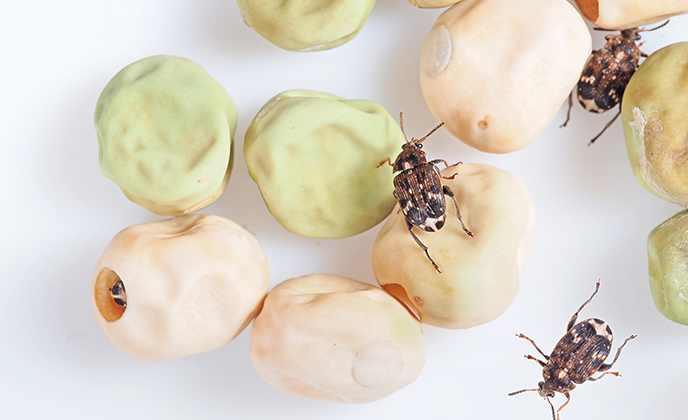