There are thousands of different types, sizes, and colors of spiders found world-wide, with over 3,800 known species of spiders found in North America.  Unlike other insects, spiders have 8 legs, no antennae, and only 2 body regions.  They are members of a large category of animals called Arthropods and part of the Arachnidan class. Spiders are considered predators and primarily feed on other insects.  Some larger species have been known to feed on small animals, like lizards and baby birds.  Spiders have fangs that inject venom into their prey.  With the exception of a few species, the venom in spiders bites is usually harmless to humans.  There are, however, some individuals that may be hypersensitive and can have mild to severe allergic reactions when bitten.

Spiders in your home can be a sign of a larger pest infestation, and their building of webs indoors can prove to be a nuisance for most homeowners if left untreated.  The combination of good sanitation practices and a comprehensive pest control treatment program are necessary to eliminate spiders inside of your home.

Let's take a look at some of the common spiders in the Sioux Falls,SD area:

The name "black widow" comes from a behavior in some spiders species where the female spiders consume the male spider after mating.  The female black widow, however, rarely eats the male after mating.  What is true is that her bite is three times more venomous than her male counterpart.   The black widow is considered one of the most venomous spiders in North America.

Black widows can often be found in dark, dry protected area, like under stones, in firewood piles, under decks, in hollow stumps, and meter boxes.  Indoors, they can easily hide in garages and crawl spaces.  Though generally non-aggressive and opting to retreat to the far corner of her web, black widows will attack in self-defense or when guarding or laying eggs.

Brown recluse spiders are native to the United States and commonly found in central Midwestern states.  The natural habitat of this spider is outside in typically undisturbed areas, such as under rocks or inside hollow trees.  As the name suggests, brown recluse spiders often hide away in homes in search of insects to feed upon.  Because these spiders are nocturnal, they are attracted to the lights in homes that also attract an insect food source.  Once inside the home, the brown recluse has very little interest in humans and will only bite it if feels threatened.

True Daddy Long Legs spiders aren’t spiders at all. These arachnids, given the name harvestmen due to thier prevalence in the fall during harvest time, are actually similar to the mite and tick family. Unlike spiders, which have two main body sections, harvestmen only have one. However, like spiders, harvestmen do possess eight legs, which are much longer than spiders’ legs. They can be nuisances in the fall because of their clustering habit and an unpleasant, defensive odor they emit.

Contrary to popular beliefs and urban legends, Daddy Long Legs, are harmless to human and do not possess venom glands. Preferring to live in fields, forests, and in tree trunks or on the ground, Daddy Long Legs eat a wide variety of foods, including: aphids, caterpillars, beetles, flies, mites, small slugs, snails, earthworms, spiders, other harvestmen, decaying plant and animal matter, bird droppings and fungi.

There are 125 species of wolf spiders in the US and they are especially prevalent in California, South Carolina, and the midwest.  The wolf spider's most distinctive feature is that the female wolf spider carries her egg sac and young spiderlings with her until their first molt.  Wolf spiders are lone hunters, agile, and active with excellent eyesight.  In fact, their eyes are reflective, which can be helpful in detecting them with a flashlight.

Click here to learn more about our Four Seasons Pest Control Program and how Truly Nolen of Sioux Falls can help rid your home of pesky spiders. 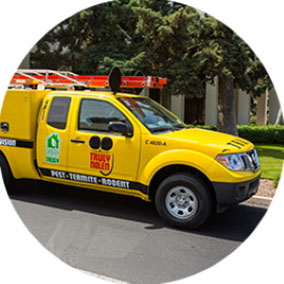 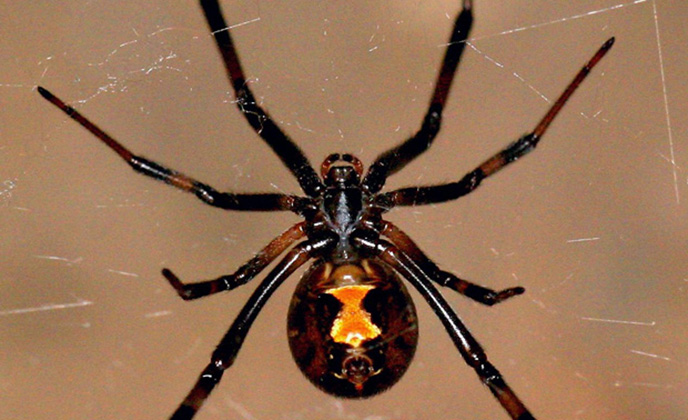 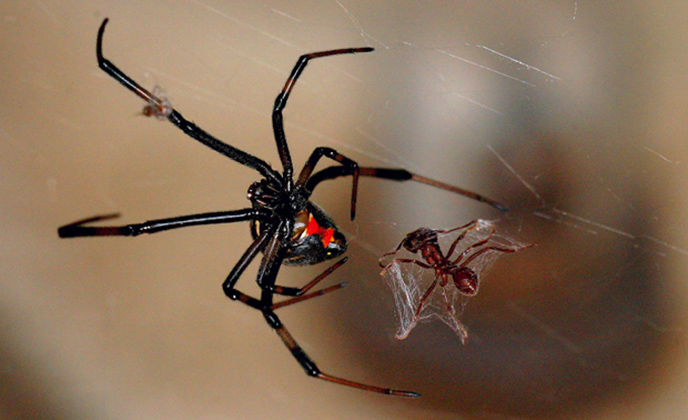 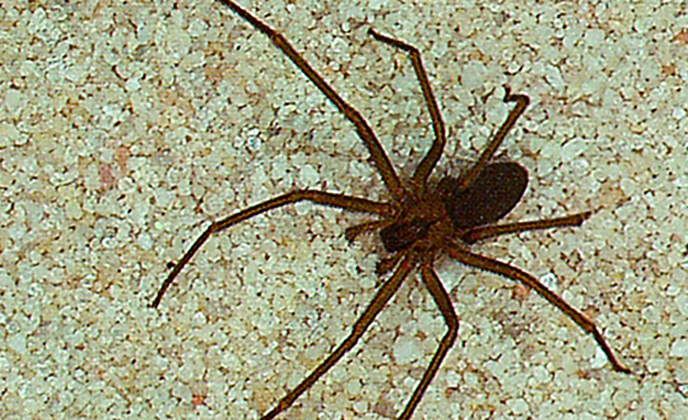 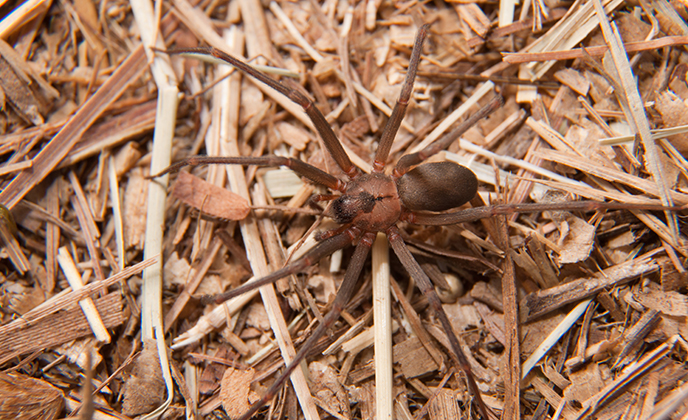 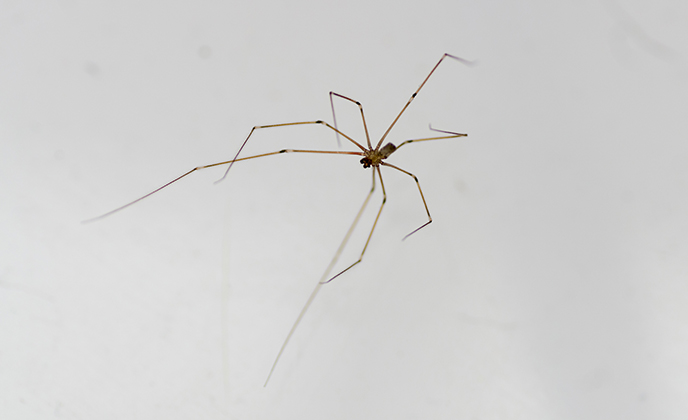 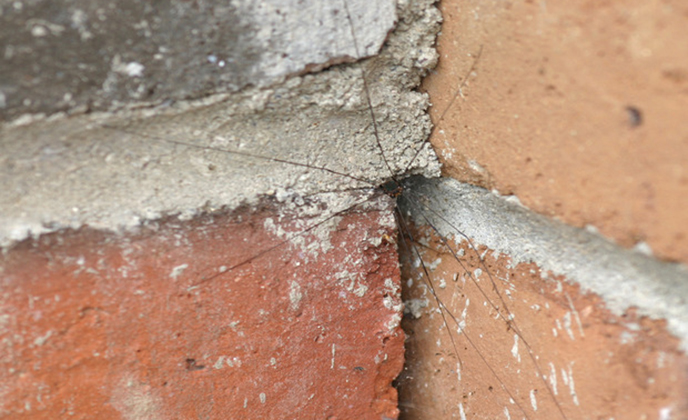 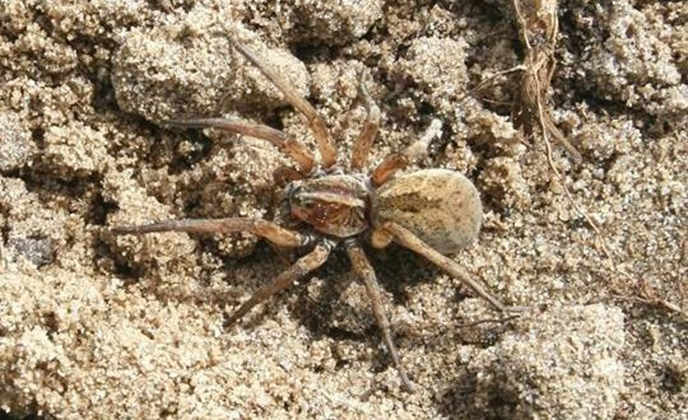 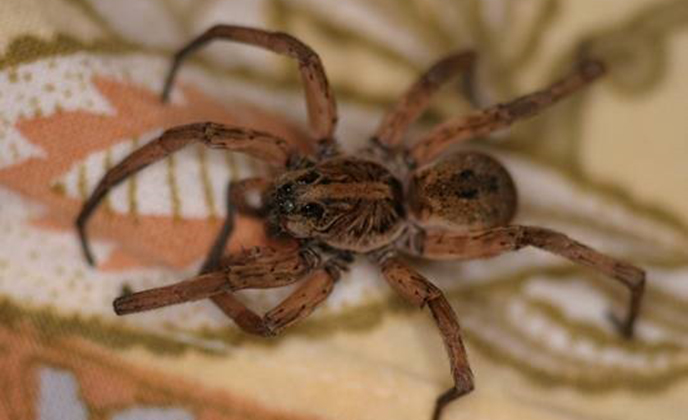